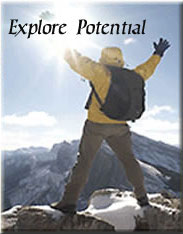 The Apache HTTP Server, commonly referred to simply as Apache , is a web server notable for playing a key role in the initial growth of the World Wide Web. Apache was the first viable alternative to the Netscape Communications Corporation web server (currently known as Sun Java System Web Server), and has since evolved to rival other Unix-based web servers in terms of functionality and performance.

The Apache httpd server is a powerful, flexible, HTTP/1.1 compliant web server implements the latest protocols,including HTTP/1.1 (RFC2616) is highly configurable and extensible with third-party modules can be customised by writing 'modules' using the Apache module API provides full source code and comes with an unrestrictive license runs on Windows NT/9x, Netware 5.x and above, OS/2, and most versions of Unix, as well as several other operating systems is actively being developed encourages user feedback through new ideas, bug reports and patches implements many frequently requested features

PHP is a server-side HTML embedded scripting language. It provides web developers with a full suite of tools for building dynamic websites

PHP is a widely-used general-purpose scripting language that is especially suited for Web development and can be embedded into HTML. If you are new to PHP

MySQL is the world's most popular open source database software, with over 100 million copies of its software downloaded or distributed throughout its history. With its superior speed, reliability, and ease of use, MySQL has become the preferred choice for Web, Web 2.0, SaaS, ISV, Telecom companies and forward-thinking corporate IT Managers because it eliminates the major problems associated with downtime, maintenance and administration for modern, online applications.

MySQL is the world's most popular open source database software, with over 100 million copies of its software downloaded or distributed throughout its history. With its superior speed, reliability, and ease of use, MySQL has become the preferred choice for Web, Web 2.0, SaaS, ISV, Telecom companies and forward-thinking corporate IT Managers because it eliminates the major problems associated with downtime, maintenance and administration for modern, online applications.

Many of the world's largest and fastest-growing organizations use MySQL to save time and money powering their high-volume Web sites, critical business systems, and packaged software — including industry leaders such as Yahoo!, Alcatel-Lucent, Google, Nokia, YouTube, Wikipedia, and Booking.com.

MySQL is a key part of LAMP (Linux, Apache, MySQL, PHP / Perl / Python), the fast-growing open source enterprise software stack. More and more companies are using LAMP as an alternative to expensive proprietary software stacks because of its lower cost and freedom from platform lock-in.

The MySQL database is owned, developed

XAMPP is a free and open source cross-platform web server package, consisting mainly of the Apache HTTP Server, MySQL database, and interpreters for scripts written in the PHP and Perl programming languages.

how linux is different

Linux is free, in two senses. First, you may pay nothing to obtain and use Linux. On the other hand, you may choose to purchase Linux from a vendor who bundles Linux with special documentation or applications, or who provides technical support. However, even in this case, the cost of Linux is likely to be a fraction of what you'd pay for another operating system. So, Linux is free or nearly free in an economic sense.

Second, and more important, Linux and many Linux applications are distributed in source form. This makes it possible for you and others to modify or improve them. You're not free to do this with most operating systems, which are distributed in binary form. For example, you can't make changes to Microsoft Windows or Microsoft Word - only Microsoft can do that. Because of this freedom, Linux is being constantly improved and updated, far outpacing the rate of progress of any other operating system. For example, Linux will likely be the first operating system to support Intel's forthcoming Merced 64-bit CPU.

Linux has attractive features and performance. Free access to Linux source code lets programmers around the world implement new features, and tweak Linux to improve its performance and reliability. The best of these features and tweaks are incorporated in the standard Linux kernel or made available as kernel patches or applications. Not even Microsoft can mobilize and support a software development team as large and dedicated as the volunteer Linux software development team, which numbers in the hundreds of thousands, including programmers, code reviewers, and testers.